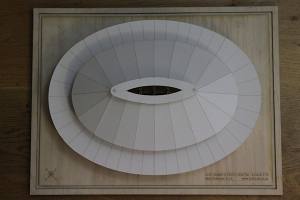 Like almost all Religious buildings, the Dor Kemmyn prayer space is based on Geometry. From the Stone circles of the Aboriginal Pagan people of Cornwall to the Sacred buildings of the Abrahamic Faiths (Muslim,Jewish & Christian) to modern Bahai temples, religious buildings have rigorous Geometry in common. 1

The Dor Kemmyn building’s elliptical shape is constructed from combining parts of four different cylinders together, in a proportional system , that is very easy to draw out. Much, much easier than a computer generated “Ellipse”, the plan of our building is generated by using a simple piece of String to create two fractions of cylinders Radius R and fractions of two cylinders radius 3R .
So take a length of string or rope , the same dimension as the long length of the building. Firstly , Divide this length of string into four equal parts, quarters, algebraically lets call each quarter R.
R or One quarter of the piece of string, produces the tight radius of the building, and the position of the two columns C1.

2R or half the length of string , is the distance between the two columns. It also creates the perpendicular bisector and location of the shallow radius cylinders C2. 2R is also the radius of the Vescia Piscis shaped Lantern in the roof: Think Venn diagrams at school, the area of overlap of two circles is the shape of a Vescia Piscis and is an important shape in several religions : Christian art (C12 images of Christ show him surrounded by the shape with the four Apostles around eg Chartres cathedral ), Hindu images of Ganesh as well as Buddhist iconography.

3R is the radius of the shallow radius cylinders, centre C2.

4R is the length of the longest part of the building.

Other interesting geometrical properties worth considering are the circumference: a circle has a circumference 2 Pi R. The elliptical prayer space has a circumference of 10/3 Pi R. The ceiling of the prayer space will be a modern interpretation of a Fan-Vaulted ceiling , with 40 ribs, emanating from the two Columns and from the Lantern. Where these ribs strike the perimeter of the room, they will all be equally spaced 1/12 Pi R apart. Look at the Oak frame page for more info. on this.

1 The Quaker meeting house of Come-to-Good is an interesting exception to this geometric rule. Interestingly, this is in stark contrast to Contemporary Museum Architecture, such as the Guggenheim in Bilboa which explicitly celebrates the Human individuality of its designer, Frank Gehry.

2 Most builders use Trigonometry to create perpendicular lines (3,4,5 triangles ) nowadays, but in Mediaeval times pieces of string would be used to create at least two pairs of arcs that will cross “perpendicular bisectors”: connecting these two points with a straight line creates a perpendicular line. . 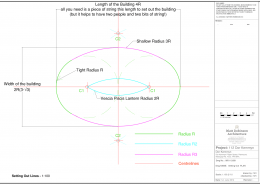 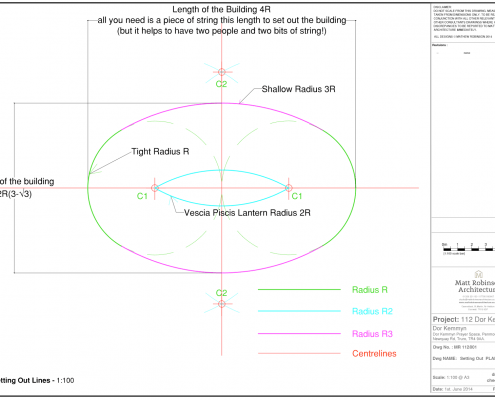 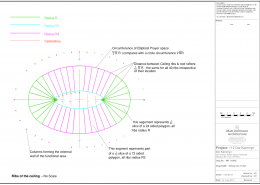 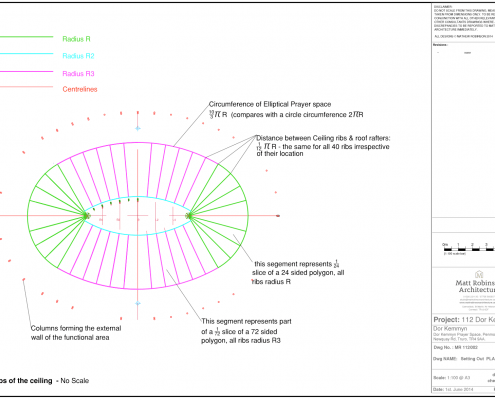 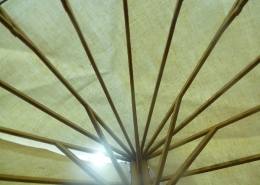 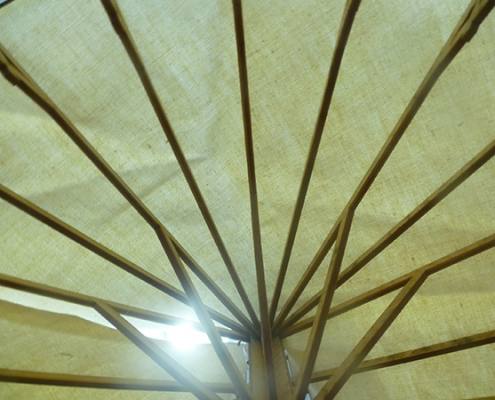 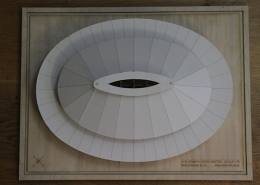 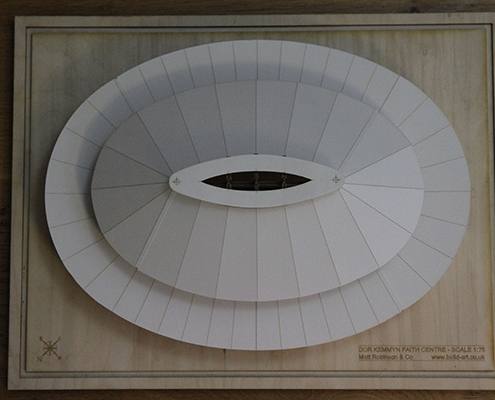 Tweets by @@DorKemmyn
Scroll to top

This site uses cookies. By continuing to browse the site, you are agreeing to our use of cookies.

We may request cookies to be set on your device. We use cookies to let us know when you visit our websites, how you interact with us, to enrich your user experience, and to customize your relationship with our website.

Click on the different category headings to find out more. You can also change some of your preferences. Note that blocking some types of cookies may impact your experience on our websites and the services we are able to offer.

These cookies are strictly necessary to provide you with services available through our website and to use some of its features.

Because these cookies are strictly necessary to deliver the website, refusing them will have impact how our site functions. You always can block or delete cookies by changing your browser settings and force blocking all cookies on this website. But this will always prompt you to accept/refuse cookies when revisiting our site.

We fully respect if you want to refuse cookies but to avoid asking you again and again kindly allow us to store a cookie for that. You are free to opt out any time or opt in for other cookies to get a better experience. If you refuse cookies we will remove all set cookies in our domain.

We provide you with a list of stored cookies on your computer in our domain so you can check what we stored. Due to security reasons we are not able to show or modify cookies from other domains. You can check these in your browser security settings.

These cookies collect information that is used either in aggregate form to help us understand how our website is being used or how effective our marketing campaigns are, or to help us customize our website and application for you in order to enhance your experience.

If you do not want that we track your visit to our site you can disable tracking in your browser here:

We also use different external services like Google Webfonts, Google Maps, and external Video providers. Since these providers may collect personal data like your IP address we allow you to block them here. Please be aware that this might heavily reduce the functionality and appearance of our site. Changes will take effect once you reload the page.

The following cookies are also needed - You can choose if you want to allow them: