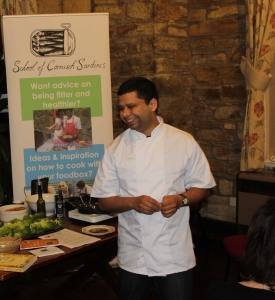 Why did you become involved with the Cornwall Faith Forum?

To make connections with the wider faith community in Cornwall

Basic information about your faith

Third largest religion in the world. Hinduism has no founder, single teacher nor any prophets.

Hinduism is not a Single Religion. Hinduism is the practices of a variety of different religious groups which come out of India.

Founded in India, earliest forms date to 1500 BC or earlier

Hinduism is practised by more than 80% of India’s population.

A Hindu is an individual who accepts and lives by the religious guidance of the Vedic scriptures.While the teachings of the Hindu tradition do not require that you have a religious affiliation to Hinduism in order to receive its inner teachings, it can be very helpful to formally become a Hindu because it provides one a formal connection to the “world’s oldest continually existing enlightenment tradition.”

Where to find out more information about your faith:

There is a website: where information about sitting groups, retreats and different lineages can be found. Non Buddhists often also participate, finding meditation beneficial and are always welcome.

Tweets by @@DorKemmyn
Scroll to top Do NOT follow this link or you will be banned from the site!
This site uses cookies. By continuing to browse the site, you are agreeing to our use of cookies. More info